Heat, steam and smoke: The Convotherm is one versatile oven

Heat, steam and smoke: The Convotherm is one versatile oven

A Convotherm combi-steamer oven is one of the essentials that no professional commercial kitchen can live without. Intuitive and easy to operate without sacrificing groundbreaking features and incredible versatility, the series has only gotten better and better over time with the Convotherm 4 range being the current pinnacle of the technology.

The versatile Convotherm range has options for kitchens of every size.

The premise of the combi-steamer has always been simple, or at least simple to describe. The marriage of a convection oven with a steam oven is one that is invaluable for a modern kitchen. A Convotherm facilitates multiple methods and techniques of cooking, and the preparation of  meals at a time, while also saving space by compacting the functions of several units into one compact appliance. The huge benefits that can be reaped from extra room in the kitchen cannot be overstated. Ranging from better hygiene practice to extra storage, the space that the Convotherm provides makes the cooking experience better and safer all round.

If only it could do more… oh, it can! 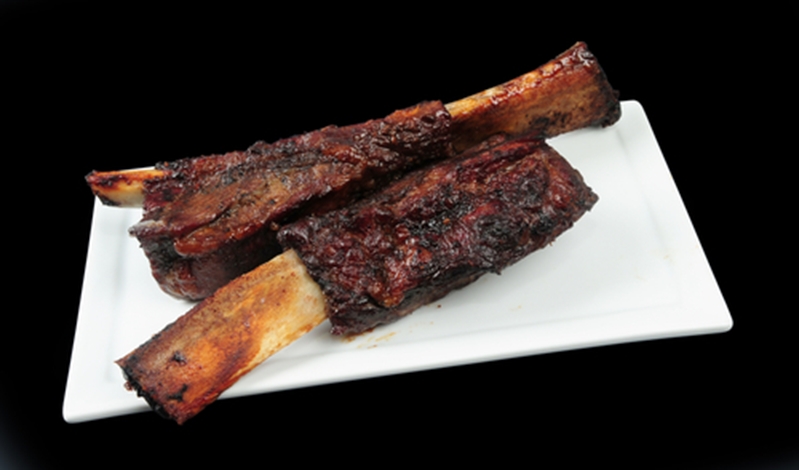 The Convotherm ConvoSmoker accessory is available on the EasyTouch range of combi-steam ovens, and with that simple addition it unlocks an entirely new world of culinary possibilities.

Smoked meats are a great way to spice up a menu.

The appliance utilises a small heat supply, positioned beneath a smoker box, that can be filled with up to 8 bisquettes that will supply the delicious taste of whatever flavour you’ve selected to the food above.

While we’re talking about bisquettes, it’s worth noting the incredible range that can be utilised; ranging from classics like hickory and oak right through to more interesting options such as pecan or even Jim Beam bourbon!

So the Convotherm oven can smoke, but what makes it any different or better than a standalone unit?

Well, the first answer is in the question. The ConvoSmoker is built into the oven, meaning that the extra space your separate machine is taking up in the kitchen can be repurposed or rearranged. Having a smoker built into the oven also allows you a wealth of options that would otherwise require expensive and dedicated equipment, thanks to the Convotherm’s already vast array of options.

The ConvoSmoker can be left to prepare food overnight without concern, and it also has the ability to utilise the convection or steam elements of the oven to smoke faster or to produce a different effect. A great example is pastrami, which is normally smoked and steamed, and could therefore be entirely treated in any Convotherm oven with a smoker unit.

The combination of smoking with traditional convection and steaming capabilities opens up a wider range of cooking options, and allows you to be more creative and experimental with the smoking process, giving it a definitive edge over a separate machine.

A photo posted by Robert H. Cohen, MD (@roberthcohenmd) on

If you’ve never used a similar appliance before, you may be asking yourself what the uses of a smoking unit actually are.

The benefit of any new piece of cooking equipment or technology in a commercial kitchen always comes down to how it can be used to better the end product that the customer receives. A smoker allows you to expand your menu with a range of options, like pastrami, that you may not have previously considered. It can also help to save money by allowing you to create products you would normally purchase; smoked salmon for example.

According to a Bmag survey, salmon is Australia’s favourite seafood, with over 40 million kilograms of the fish eaten in 2013 alone. Much of that would have been smoked, and the ability to prepare salmon on site, as well as the countless other benefits of a smoker, provide a definite edge for any kitchen.

Which kinds of products can be cooked in the Turbofan E33D5 and E33T5?

Why should you consider Cobra equipment for your commercial kitchen?