The chill of winter has begun to set in and with it, the longing for comforting slow-cooked cuisine. As well as slow-cooking, chefs throughout Australia and New Zealand are now turning to smoked cooking approaches, inspired by South American flavours, delivering their own take on modern tastes with the addition of smoked food on the menu.

Making the mouth-watering South American flavours easy to fulfil has been a significant focus for Moffat. The food smoking ability of the new Convotherm 4 range of combi-steamers has been welcomed by chefs, proving that where there’s smoke, there’s… well, usability, flexibility and faultless quality. 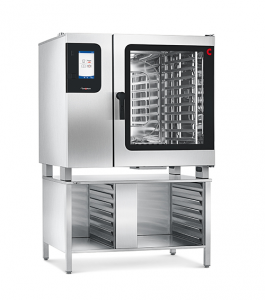 Real smoked food tastes heavenly, the flavour and the tenderness is exceptional. Since its introduction in January, the Convotherm 4 have been consistently popular with sales, and the versatility of the new technology has arrived at the perfect time.

Moffat sales consultant and Chef Phil Neverman says development of the equipment has come about due to recent international trends, in particular with the smoking aspects within many popular dishes.

“Cuisine of late has very much turned to the slow cooked and smoked approaches so popular in South America,” says Phil. “Convotherm has recognised this and addressed it with the 2015 release of the new model.”

Being able to steam, bake and steam-bake quickly and confidently is the key according to Phil. “The beauty of this is that you can smoke first, then cook it or hot-smoke it – all in the one easy process,” he says.

If You Smoke It, They Will Come

“A decent cut of beef fillet for example, you can smoke it for an hour and a half and then cook it overnight. Salmon, venison, sausages, they’re all easy to prepare and smoke to the highest quality.”

The advanced closed system of Convotherm is a great help here. “All the energy and moisture stays in the oven cavity, which makes it great for smoking as there’s a better consistent infusion of the smoke into the food,”, says Phil.

“There’s also very little oxygen – which is what transfers smell – so there’s less intensive clean-up between the various applications.” 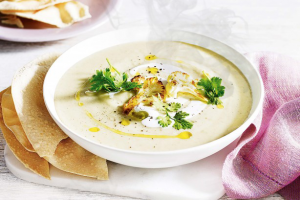 “For example, there’s smoked cauliflower soup,” he continues. “You can prepare this initially, then lightly smoke before placing it (the oven) straight into steam mode and serving time. This everyday usability and flexibility has been a huge draw-card for chefs.”

Anyone who has ever worked with a Convotherm combi-steamer oven knows first-hand how they inspire better food preparation.

Worry no more with Washtech

Which kinds of products can be cooked in the Turbofan E33D5 and E33T5?

Flocking together in the neighbourhood nest – Turbofan and Waldorf Bold